Is My Red the Same as Your Red? 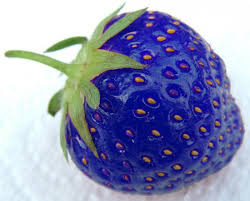 That might seem like an impractical question at first. But it is a serious question that can’t even be answered by top scientists. Of course when you picture red most people think of an apple or a strawberry. Unless you are colorblind the vast majority will agree that a strawberry is red. That being said, somebody else’s vision of red could be your blue, or your vision of green could be what somebody else sees as red. There is no given way to prove that the red you have grown to know as red, is the same red that I have grown to know as red.

In everyone’s eyes we have cones to distinguish colors at certain wavelengths, but it could be very different between two individuals. For example, your red cones could be activated between 500 and 760 nm while your friends could be activated at slightly above or below that wavelength. This would mean that their “red” is actually a slightly lighter red, or a slightly darker red. Proving these differences is almost an impossibility, aside from reading someone’s mind and visualizing what they are actually seeing.

While it may be hard to prove if the red someone else is seeing is the same red that I am seeing, we both have one thing in common: we both know that the color we are perceiving is in fact “red.” As children, we were taught the basic colors of the rainbow and as we grew, those notions were reinforced. So, while your red may not exactly be my red, we have both come to know that “red” as red. In some sense, my red is your red.