In celebration of the new year, students were interviewed on a few of the most iconic albums from the past year. Each student was asked for their opinion on multiple albums.

Junior, Skylar Clark, thoughtfully shared how she felt about some of the most top grossing albums the past year. These albums included; Red Rerecorded by Taylor Swift, Happier Than Ever by Billie Eilish, 30 by Adele, Sour by Olivia Rodrigo, and Planet Her by Doja Cat.

Clark shared that Red Rerecorded was, “Not my least favorite, but it’s not my favorite; however, I love ‘We Are Never Getting Back Together,’ it’s really good.” Skylar also expressed that she isn’t a major Swiftie, but is a fan of some of Taylor’s work. When it came to Olivia Rodrigo’s Sour, Clark expressed that, “There wasn’t a song I did not like, but I do think that the album is slightly overrated.”

Clark also expressed that she loves Adele, but is mad over her canceling her Vegas show. One track titled ‘I Drink Wine’, off of Adele’s newest album, won the spotlight after Skylar exclaimed that that was her favorite off of this album! When it came to the album “Planet Her”, by Doja Cat, Clark couldn’t say enough. Clark expressed that she is a major Doja Cat fan and loved Doja’s whole project. Finally, Clark admitted that she had only listened to the title track of Billie’s latest work, but wasn’t shy to express her love for it stating that the song was “A one million out of ten.”

Senior Gabe Pacheco expressed that he doesn’t listen to much modern music, but loved Olivia’s debut album Sour. Pacheco stated that, “Sour is awesome, because it showed how a teenager is able to express how she feels towards society and relationships.”

Sophomore Maria Miceli expressed that she was a fan of Call Me If You Get Lost by Tyler The Creator, along with the other previous albums stated. Miceli claimed that she enjoyed all of these albums completely through and loved listening to each of them!

Junior Brylee Kidd enjoyed Sour by Olivia Rodrigo, stating in short that she just, “Really liked this album!” Brylee also shared that she listened to about half of Billie’s project, but really liked it, adding that Billie’s vocals really shined throughout this project! She also expressed that she has not listened to Adele’s latest project, but has enjoyed her previous work.

Did you like or relate to any of these albums? Did you agree with your fellow classmates? Did you disagree with them? What kind of music do you listen to? 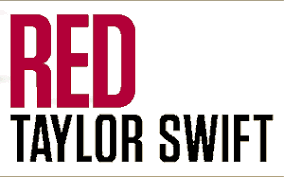 No matter the answers to these questions, remember that music connects all of us and don’t be afraid to share what you listen to, because who knows you may make a new friend or find a new song.