The Lady Eagles are Looking for a Win this Weekend 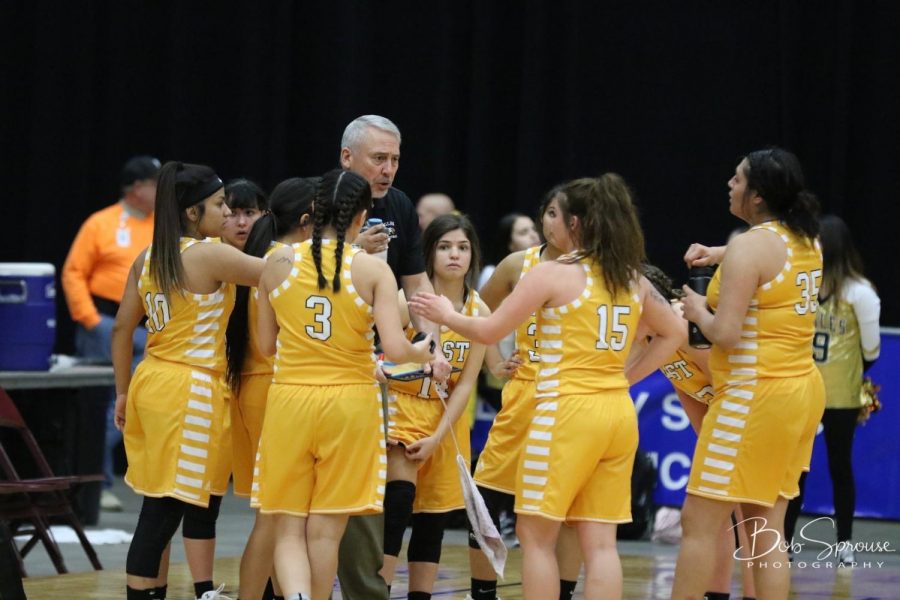 Pueblo East Girls Basketball team is continuing to improve. The varsity basketball team played in a Palmer tournament this past weekend and the team improved each and every day. The Lady Eagles did not come to a victory in every game, but the energy and effort was definitely there. Thursday, December 5th East played Rangeview and had a devastating loss. The final score was 62-34.  Senior Jaylene Escajeda was the star player this weekend. Escajeda averaged 11 points a game. Sophomore Harlie Medrano was right behind Escajeda averaging 8 eight points a game. Friday, December 6th East played Grand Junction Central and lost, but the energy and effort was again there. The final score for Friday’s game was 46-34. The Lady Eagles could have won if they played with the energy and effort they had in the first half. Saturday, December 6th East played Discovery Canyon and the game ended in a victory. The final score was 50-33. Pueblo East Girls Varsity Basketball team is looking to win at the Fountain Fort Carson Tournament this weekend against Central, The Classical Academy, and Vista Ridge.