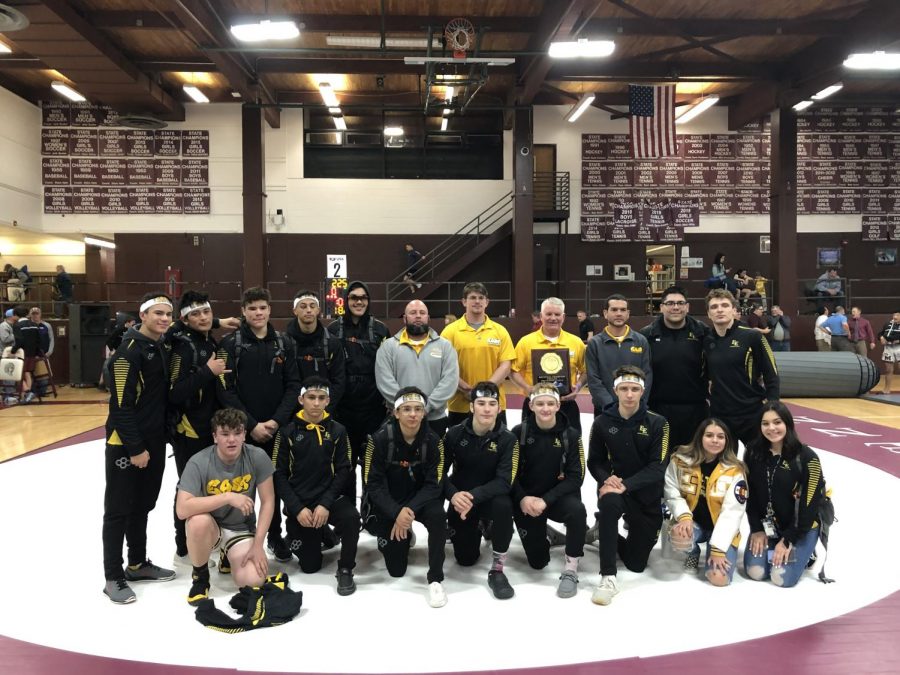 Regionals is the start of a crazy week for our wrestlers. This tournament determines if the wrestlers get to go to State, in order to go you have to place in the top four. The schools in our region this year included Pueblo East, Cheyenne Mountain, Central Grand Junction, Falcon, Montrose, Pueblo Centennial, Widefield, Sand Creek, Canon City, Durango, Palmer, Pueblo South, Harrison, and Mitchell.

The tournament was held in Colorado Springs, at Cheyenne Mountain. Before the tournament Pueblo East was ranked 2nd right under Windsor. After a crazy two days here are the results. East took first in their region as a team and also eleven out of their thirteen wrestlers will be attending state. Eagles that took first in their weight class include L.J. Herburger (106), Weston Dalton (120), Anthony Flores (132), Sebastian Freeman (138), Aaden Valdez (145), Diego Duarte (160), and Andy Garcia (285). As well as others who placed in their weight class, Anthony Franklin (113) took second place. Tatum Rivera (126) third place, Noah Rivera (152) second place, and Xavier Freeman (170) second place.

This Thursday we will send them off, good luck to our wrestlers who put in blood sweat and tears this season, Most of all good luck to our seniors Anthony Franklin, Aaden Valdez, Noah Rivera and Andy Garcia.  As Coach Lewis would say, “Stay in the Fight!”